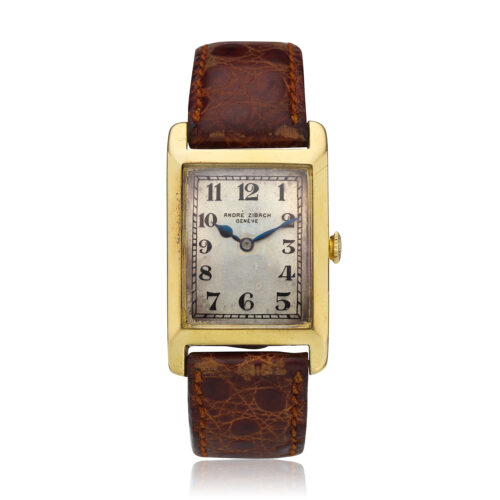 André Zibach is a name any serious Patek Philippe collector should know. In the days of the Geneva Observatory timing competitions, names such as Jaccard, Modoux, and Matile were considered Horological Royalty. And Zibach was on the top of the list. These were the individuals that adjusted the competition watches that were the ‘Formula One’ level chronometers of the era. The Adjusters (or Regleurs) were treated like rockstars by the watch companies. They made their own hours, worked their own way, had their own individual methodology and did whatever was needed to win the coveted Observatory ratings. Their job was to perfect ‘the diverse factors which affect the rate of the watch, such as shocks, changes of position, variations of temperature and barometric pressure, clearance of the balance spring, defects of poise of the balance and spring, the effect of the maintaining impulse, friction, etc.’ In short, these were the masters of the master watchmakers. André Zibach had a celebrated career as an Adjuster that spanned four decades, mostly working for Patek Philippe. In 1929, Zibach had his first record in pocket chronometers, and in 1948/1949 he won records in wrist chronometers. He even regulated the personal watch of Mr. Philippe Stern.

Zibach also adjusted one of the most important (and valuable) time only watches ever made, The J.B. Champion, a watch that needs no introduction.
Two other watches formerly belonging to Zibach have surfaced to date. First, a 29 mm Calatrava dated 1929, that sold at Sotheby’s. And the second, a ref. 1582 dated 1947 that sold at Christie’s.
For additional info on Zibach and his watches, see this article.
The presently offered watch is the only André Zibach watch that literally has his name on the dial. Believed to be made to celebrate his 1929 Observatory records, the case back bears the engraving of his name and is dated 1929. The inside case back is also engraved 1929. The elegant 18k yellow gold, curved hinged case holds the Tavannes movement within, and the engraved enamelled silvered dial with Arabic numerals and the name ‘ANDRE ZIBACH / GENEVE’.